At his memory-filled corporate headquarters near Hollywood, music icon Pat Boone, a teen idol alongside Elvis Presley in the 1950s, welcomes a fellow teen idol and longtime friend, Jimmy Angel.

Angel’s celebrated, early career in music and rosy chart-topping future was soon upstaged by sinister elements in the 1970s; He is a survivor of the golden era of Rock ‘n Roll and its domination by the Mob, among other underground characters.

His cinematic David vs. Goliath story (written by Max McElwain) of music and relentless intrigue, from Tennessee to Tokyo and back, also features Pat Boone at the zenith of his long-running pop music career and is featured in a 68-page, widely-illustrated commemorative mini-book, that accompanies the elaborately-packaged CD. 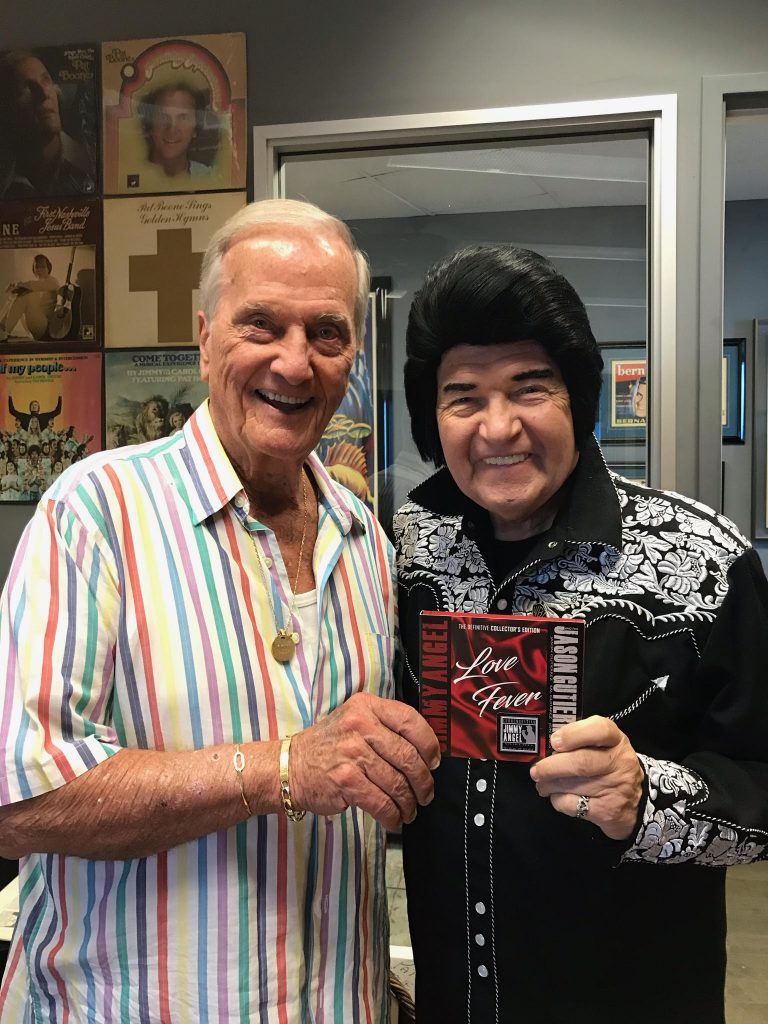 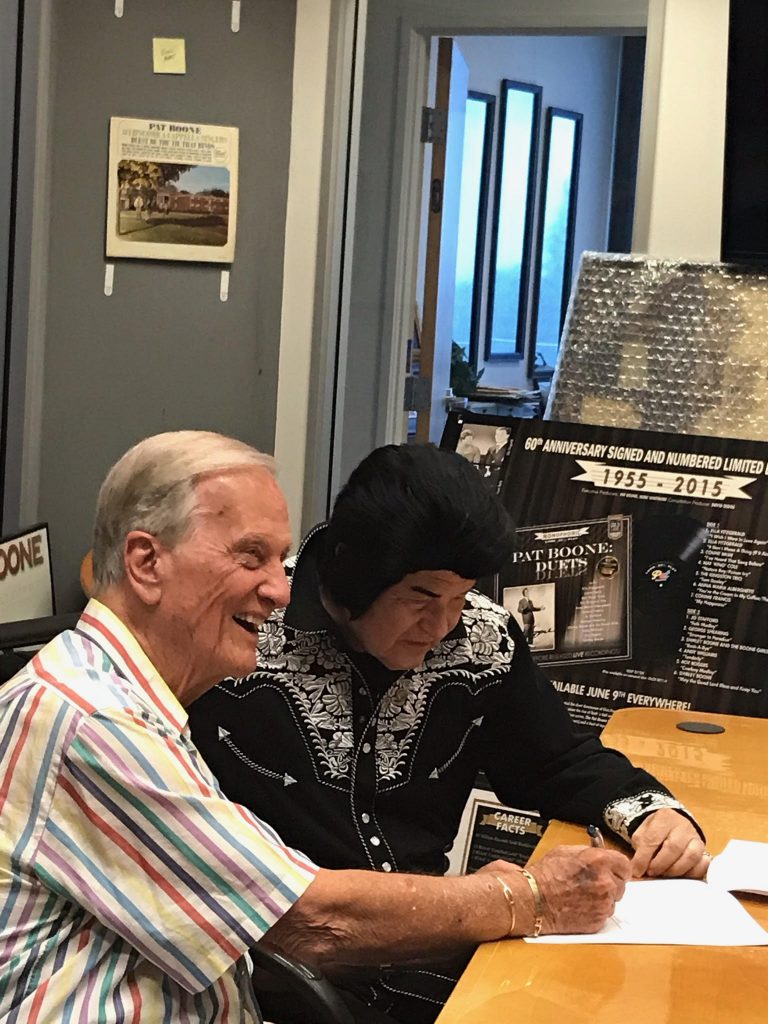 View all posts by: jimmyadmin